Have you ever been struck with the sense that something needs to change and you're not sure if it's the right thing to do?  My daughter is currently enrolled in a preschool that we loved when my son went there.  We were very happy with the 3 year old program and the 4 year old program.  My son came home sharing Bible stories and singing songs.  To this day he fondly remembers his preschool teachers and how they are allowed to teach about God.  Buggy has a late birthday so all of last year while Boogie was in kindergarten, Buggy stayed home with me. This year she was able to attend preschool and she has loved it and her teachers.

After the Sandy Hook tragedy Bug's preschool placed a full-time police officer in the front lobby and we had to be diligent with showing our laminated cards with our child's name in order to enter the building. I thought it was a little extreme, but it was put in place after Sandy Hook, so we just went with the flow. Rather be safe than sorry. However, in my humble opinion I thought the administration and staff at Sandy Hook had done everything they could have possibly done to make their school safe and it was a bizarre and tragic event that took hold of their school.  That was in the back of my mind as our school began to make changes.

Time went on and pre-registration came up. The school had a new system that was online with little explanation. Knowing that the preschool is very popular and can be difficult to get in, I panicked and had my husband do the registration from work since  registration opened when I would be in the middle of getting my kids ready for school.  My husband diligently spent quite a while on the phone and with the online registration to finally get Buggy enrolled. I was annoyed with the new process, but figured it would be worth it.

Then not a few weeks later rumors started to swirl around that Buggy's current teacher would no longer be teaching. The question was, is she retiring? Then we found out the 4's teacher was not returning.  What's going on?  But nothing was out publicly and no word had been said, but parents started to become anxious.  More rumors spread that the 3's teacher was leaving to start another preschool (she had founded Buggy's preschool and been there more than 20 years) and that the school did not want us to know before registration although the teacher wanted us to know. Hmmmmm. Okay, I understand why the school didn't want to risk losing enrollment. People line up to have Mrs. E. be their child's teacher.  But I thought it was a little shady.

Later we found out that indeed our beloved teacher was leaving and she was leaving to start another preschool program elsewhere.  Our beloved 4's teacher was leaving as her husband had found a new job and they were moving. Two wonderful teachers leaving at the same time. We were blown away. Hubby and I started talking about switching schools to another program that would fit our schedule better. As it stood now, I was having trouble getting Buggy to school on time because I had to drop off Boogie first at his school.  The new preschool also had a two year old program so if we wanted to, we could enroll Mr. Bananas in school. I know he would LOVE it.  As we contemplated the switch we found out Buggy's new teacher in the 4's program would be her current teacher's aide and that was good news. But I still felt unsettled. Another two weeks passed and the school went into a code blue, kids were locked in their classrooms and preschoolers could not be dismissed. We found out later that a high school student had left his backpack with a homemade musical instrument in the senior high worship center over night.  The police officer on duty had noticed the bag and no one had stepped up to claim it, no one knew who it belonged to, and they couldn't identify the musical instrument. Next steps were taken and the bomb squad was called in, the backpack was blown up, and fortunately it ended up being a mistake. It was not a bomb, just a homemade instrument. However, the school is now instituting random locker checks and backpack searches. The school is preK-8th grade. These turn of events left me more unsettled.

I worried and Hubby and I continued to talk. Long story short, I ended up calling the new preschool at 7pm on a Monday night hoping an answering machine would pick up my call. To my disbelief the director of the school answered the phone. I was so shocked I think I asked her if she was real. She assured me she was and we spoke over the next half hour about her school's program and set up a tour date. She even scheduled it early in the morning so that Hubby could make it to work at a decent time.  Before we hung up I told her that I was surprised she answered my call and I didn't think that preschool directors were still working at 7:00 at night. She answered, "I usually don't. I had a meeting tonight and came in early to do some paperwork. I think this was God's providence that I was here when you needed me. I look forward to seeing you." Well if that didn't seal the deal, I don't know what else could have...oh wait, how about the Protestant school had decided to do a lesson on Mary, mother of God, for Mother's Day. That usually doesn't happen in a Protestant school, and I was thrilled that there was a focus on the mother of our savior.  Jesus is usually the focus, but I think Mary should get a shout out every now and again. I mean really, she is the first disciple and said, "Yes" to God.

Anyway, we went to the school, took the tour and we really liked the director. Hubby asked her if it was true that she was retiring at the end of the year. She confirmed it. We asked her if she knew the new director and she said yes but she wasn't at liberty to share the information yet.  We asked if the integrity of the program would stay intact. She was the founding director of this preschool. She assured us it would be. We decided to enroll Buggy anyway and leave it up to God. The very human side of me still worried, but at the same time Hubby and I felt that this was the right decision for us and for our family.  We were concerned about Bananas not having Mrs. E. when his turn came but we would rely on God for next steps. We left the new preschool thinking we made the right decision, but of course feeling slightly uneasy being out of our comfort zone.

Wouldn't you know that I received an amazing email this morning, less than a week from enrolling Buggy for next year at the new school.  The director of our religious education program at our parish was stepping down because she was presented with a new opportunity to become a director at a local preschool. Guess where? Yes! She was the new director at Buggy's new school. God is so good!  It is amazing to me when I hear God's answer to prayer and it is definite. There is no guessing game. It is an absolute answer one way or another. God answered my prayers, took away my anxiety, and confirmed through the new director's email, that Buggy is where she is supposed to be next year. What a blessing and a huge weight off our shoulders. Hubby and I could not be more thrilled with the turn of events.

We just felt that our current school was no longer the right fit for us and we hesitantly moved out of our comfort zone. We prayed, I worried, and desperately tried to let God take over the situation. Letting go has always been hard for me. God has shown me over the years, in more ways than I can count, that He is in charge. This time was no different. We are so blessed and we look forward to next Fall filled with joy and relief.

As my babies grow up and begin school, the thought of what I will do next looms over me. Do I go back to work? What do I do? What opportunity will present itself?  Can I stay home?  Should I stay home while the kids are in school?  All of this nibbles away at me while I try to let go and let God take over.  However, this most recent blessing reminds me, very loudly and very clearly, that God has a plan for me and that I should not worry. It will present itself when the time comes. Just as I knew 5 years ago that I should stay home full-time with my children.  God will let me know when He is ready to use me again and how I will serve Him and my family. God is so good.

“Therefore I tell you, do not worry about your life, what you will eat or drink; or about your body, what you will wear. Is not life more than food, and the body more than clothes? Look at the birds of the air; they do not sow or reap or store away in barns, and yet your heavenly Father feeds them. Are you not much more valuable than they? Can any one of you by worrying add a single hour to your life? Matt 6:25-27 NIV 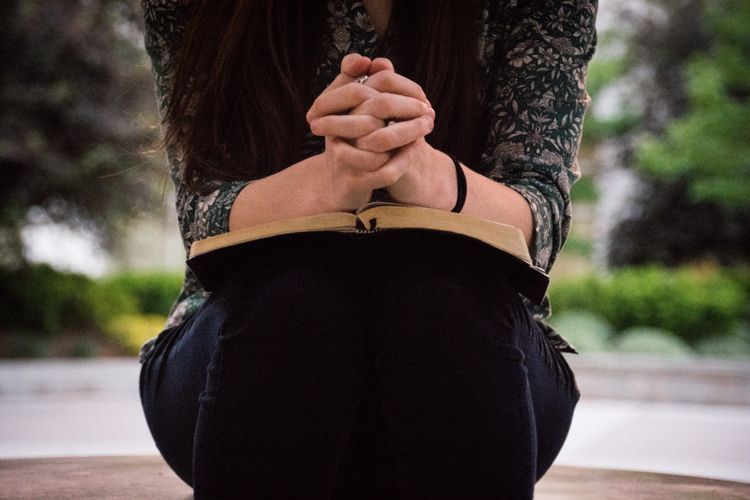 Cancer in Quarantine: Offering up your Suffering