Anger, Confusion, Grief, and a lot of WTAF…

I heard about the shootings in Georgia. I saw a picture of the shooter. And then I saw #stopasianhate all over social media. And I have still subconsciously avoided the story about the Asian women who were murdered. Why? Because I’m Asian and I’m not.

Wait. What? How can I be Asian and not? Because I am Hapa: Half Filipino and Half Caucasian. I was born in the Philippines and grew up in America. My mom is Filipina and my dad is caucasian, a white guy born and raised in Southern California.

When I was a teenager I would get the dreaded, “So what are you?” question. My skin is darker, especially in the summer. I have dark hair. Often I am mistaken for being Latina. When I say I’m half Filipina they say, “Oh yeah…I can see it by the shape of your eyes!” What the actual…What does that even mean? I can tell by the shape of your eyes. <Insert BIG eye roll here>

My dad concerned that my brother and I would have a hard time adjusting had us raised “American” aka White. We didn’t learn or speak Tagalog. We rarely ate Filipino food. The only Asian staple we had at dinner was white rice. We had a rice cooker before it was trendy. Growing up, only Asian families had rice cooker. Now, everyone and their mom have rice cookers alongside their InstaPots.

The whole Stop Asian Hate and I stand with Asians rolling around social media makes me feel a little ill and uncomfortable. Not because I think it’s wrong or disagree, but I am highly suspicious of anyone posting it now. It seems performative. I don’t want the #stopasianhate to be the new trendy thing to be mad about right now. I would much rather that your solidarity was action and not just posting words on your social media page.

Now? Now you stand in solidarity with Asians? WHAT the ACTUAL F*CK? Where have you been all this time?

Am I coming off angry? Well, I am. I didn’t realize how much unprocessed anger and frustration I had about this topic until I started to write this article and examine what it means for me: A hapa girl.

This has been going on right under your noses, but because it was “slight” and not overtly physical it was ignored. Remember the word micro-aggressions? Oh, yeah, happening my whole life.

When I was growing up, my dad was in the military. It meant we moved every 3–5 years and for this introverted nerdy girl who loved books more than people and was pretty socially awkward, moving to a new state was difficult every.single.time.

When I realized I was different

The last time I moved with my parents, my brother and I were registering for high school as a freshman and junior, respectively. My Filipina mother brought the required paperwork, but couldn’t produce a long term bill to prove that we had moved to the area. It was because we had only been there a couple of months, but school was starting. School was important to my mom so she pushed hard to get us enrolled as quickly as possible.

First, the secretary demanded all the paperwork and then implied that my mom was lying about our address. Twenty-five years later I can still hear her words, “A lot of people want to come to this school…and lie about their address.” Okay, so she didn’t imply. She flat out said it.

I can still hear my mom frantically trying to produce all of the paperwork and answer all of the questions. She even told them that my father was military, that we had just moved to the area, and she wanted to make sure that we were enrolled before the school year started.

My brother and I sat quietly in the office, embarrassed for (not by) her, because I tried to help and it wasn’t going anywhere. Then one of the high school counselors, Mrs. Turner walked out of her office, “What seems to be the problem here?”

The secretary explained that we were trying to enroll but we didn’t have the necessary paperwork. She could see my mom was becoming increasingly agitated. Then Mrs. Turner said, “Well, why don’t we go ahead and make them a schedule and have it ready for them?”

As she said that, another teacher walked in and said, “Who do we have here?”

My brother and I looked at each other and mouthed ESOL? Mrs. Turner saw it all. She saw my mom’s frustration. She saw the confusion on our faces. She looked at the teacher and said, “No, new students who will be taking AP (Advanced Placement) classes in the fall.” The other teacher had the grace to look embarrassed by her faux pas and hurriedly left the office.

We left that day with class schedules in hand, but still no official enrollment in the school. My mom who rarely cries in front of anyone, cried when got we home that day. She was angry, embarrassed, and frustrated.

The next day my father walked into the school office in his Navy uniform, explained the situation that we didn’t have all the paperwork because we had just moved to the area. And guess what…the same secretary told him no problem and promptly enrolled us. Then my father angrily let loose that his wife, my mother, tried to enroll us the day before and they were too racist to let her do it.

(Author’s Note: My dad contacted me after he read my story and said that what really “fired him up” was that the secretary asked my mother if she was an American citizen. How incredibly insulting to be asked to provide proof that you belong. My hurt just continues to grow for that time for my mother. I either blocked out that part, or my mom hid it from us because it was too painful to tell her children that she had to prove she belonged.)

And that my friends, is when I realized I was “different.” I wasn’t White. I wasn’t Asian. I was mixed. Depending who I was with, made the difference of how I would be treated.

My features didn’t match my application

Flash forward five years later when I was began applying for teaching positions and began interviewing with principals. I had ticked off the box that I was Asian. At the end of my first interview the principal brought up my race at the end: “You said you were Asian on your application. I think it was a mistake. Did you know that you’re not Asian?”

Me (What is Asian supposed to look like?): I am Asian. I am half Filipina.

Principal: Oh, well you might want to go back and fix your application. You will never get a job anywhere than a Title I school. Human Resources sorts the applications into two groups: white and minorities.

(Insert, loudly in my head): What the actual f*ck…

Me (aloud) and brightly: Thank you!

She begged me to not take another teaching job. But she didn’t have an opening *right* then and could I just wait. I would tick off a couple of boxes in her school: a minority teacher who looked white.

I smiled, made no promises and ended up working at a Title I school down the street from my home. And she was right, I have only worked in schools with a high minority and FARMS (Free and Reduced Meals) rate. And you know what…it was wonderful.

I was able to connect with my students in such a way they knew I was always in their corner. And I also wouldn’t let them get away with putting less than their best self forward. Ever. When you work with students in middle school who are reading below grade level, they know it and they also think most people have given up on them. I refused to give up on them, because I saw the potential in every single one of my students.

But here I am, in my forties wondering where I belong. I’ve worked to blend in most of my life. Neither fully White nor Asian. I washed my rice, put ketchup on my fried chicken, and appreciated a perfectly cooked lumpia roll. But I also didn’t notice my mom’s accent or saw her as anything other than my mom.

I never understood the “So what are you?” question. Wasn’t Heather enough? Wasn’t it enough to be a nerdy girl with math anxiety and a love for words? No, I had to be boxed in and categorized. And I wasn’t Asian enough. I wasn’t White enough. I was and am Hapa.

In the meantime, I’ll grieve the loss of humanity, the loss of community, and hear the racist excuses people will make on behalf of the shooter.

While I process this, tell me: how do you plan on standing strong with Asian Americans? Is it simply posting it on your social media? Have you spoken to your Asian friends? Will you stand up with and for them when microaggressions happen in real-time? When you think of your Asian friends, do you think of your Hapa friends or your adopted friends, too?

And if you know me in real life and you’re just finding out that I’m Asian, for the love of Pete, do not say, “Oh, I see it in the shape of your eyes,” because quite frankly, that’s insulting.

A Year Later: 365 days in the Pandemic 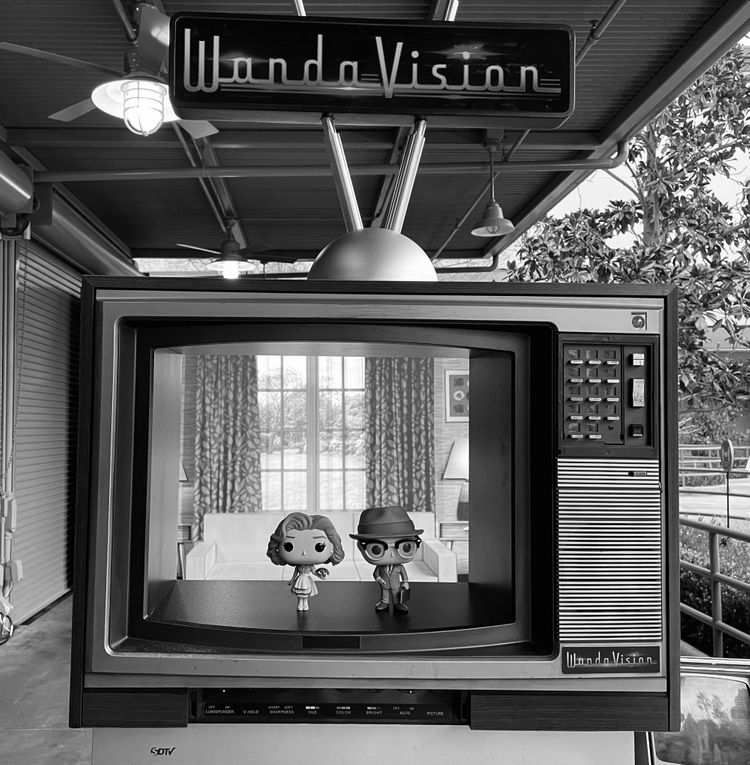 Witches Stairs? Do They Exist?